There were no new clinical guidelines for cognitive impairment and Alzheimer’s Disease between 1984 and 2011 because there was very little advance in therapy.  There has been more research in the last 7 years than in the previous 27.

Managing Dementia with the Bredesen Protocol

In September 2017, Carolina became one of a handful of fully certified RECODE practitioners in the UK trained in the Bredesen protocol, a diet and lifestyle programme developed by leading Professor of Neurology, Dale Bredesen.  This approach has been successful in the treatment of early stage mild cognitive impairment and early stage Alzheimer’s disease. The protocol has so far reversed or inhibited progression of symptoms in 90% of people treated.

The protocol uses a functional medicine approach to identify the root causes of the disease.  This is important as there are different types of Alzheimer’s disease, with different root causes: 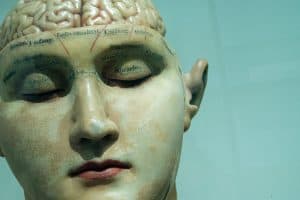 Treatment is personalised but involves addressing the underlying cause including eliminating any infections or microbial imbalance, including mycotoxin illness, Lyme and co-infections (in which Carolina is fully literate), optimising the diet to increase ketone bodies and improve insulin sensitivity, balancing the microbiome, increasing neurotrophic factors, balancing hormones, addressing lifestyle changes including ensuring appropriate sleep hygiene, brain stimulation, detoxification and stress management techniques are in place, recommendation ofappropriate nutraceuticals and botanicals.

How does the Bredesen Protocol Work?

Carolina runs the Bredesen protocol over 12 months and uniquely enhances her treatment protocols with targeted herbal therapies. It is suitable for individuals with a family history of dementia, Alzheimer’s Disease or other neurodegenerative diseases, those with a diagnosis of early-stage neurodegenerative disease and for disease prevention. We perform diagnostic tests during your initial cognoscopy, and regular neurological examinations as part of our ongoing assessment.