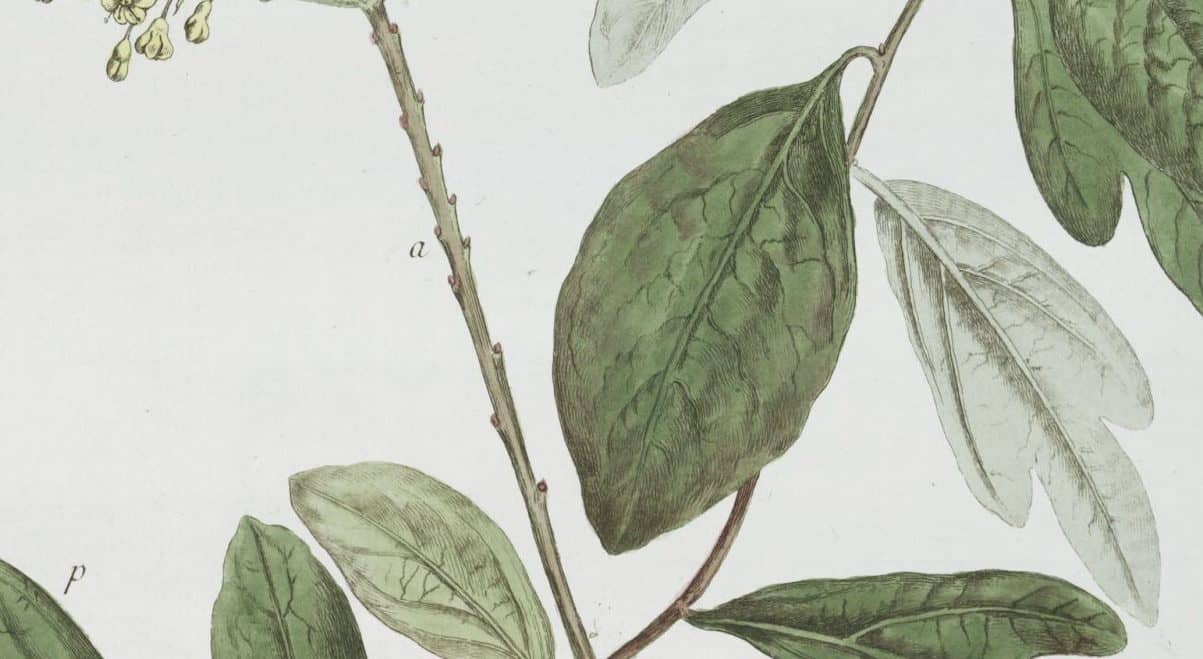 I remember growing up in Honduras and Malaysia, and tasting the fragrant mangos that fell off the trees, and being horribly disappointed when I came to school in England and spent my pocket money at the village supermarket on a single, precious mango. The mango variety you usually find in the supermarket is popular because it doesn’t bruise easily, it grows quickly and it lasts for ages on the shelf.  It is stringy, unripe and totally lacking flavour. Incidentally, May is the season for the Alphonso mango harvest.

I am a big believer in eating as locally and seasonally as possible.  It’s better for the environment, you can support local producers, it keeps our carbon footprint lower and local seasonal produce tastes better and has more flavour.  This is my best in-season list for May. 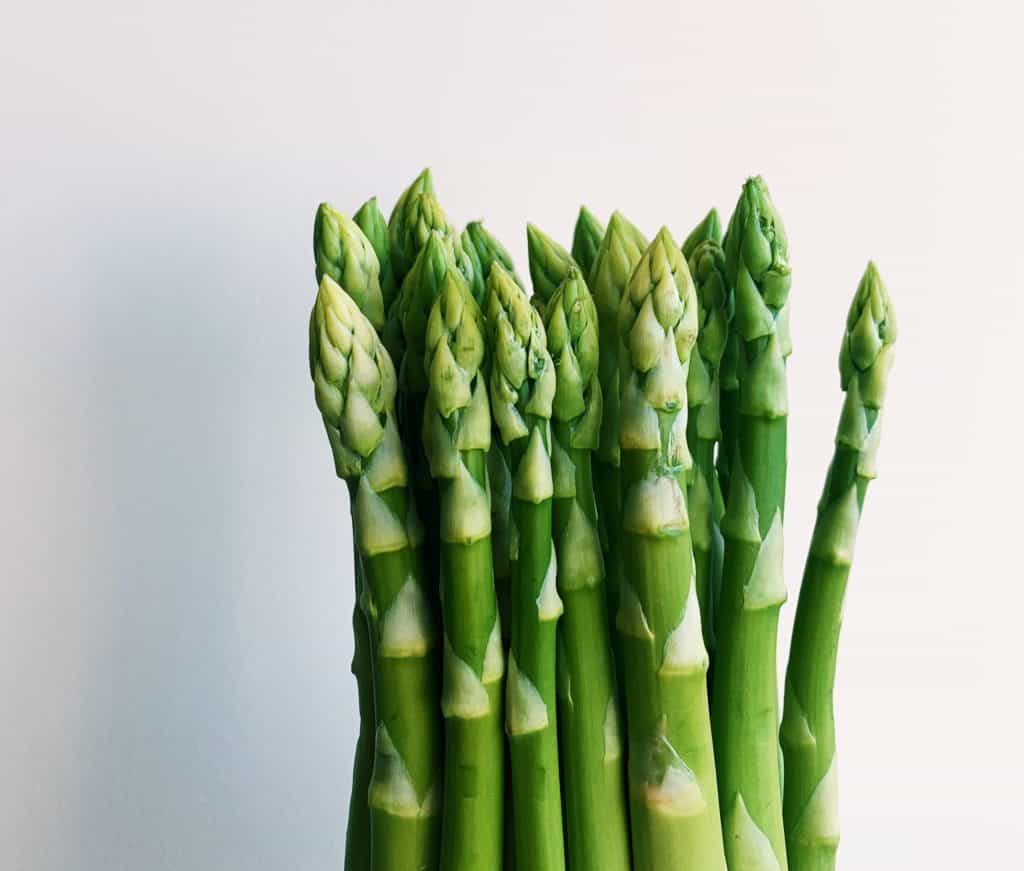 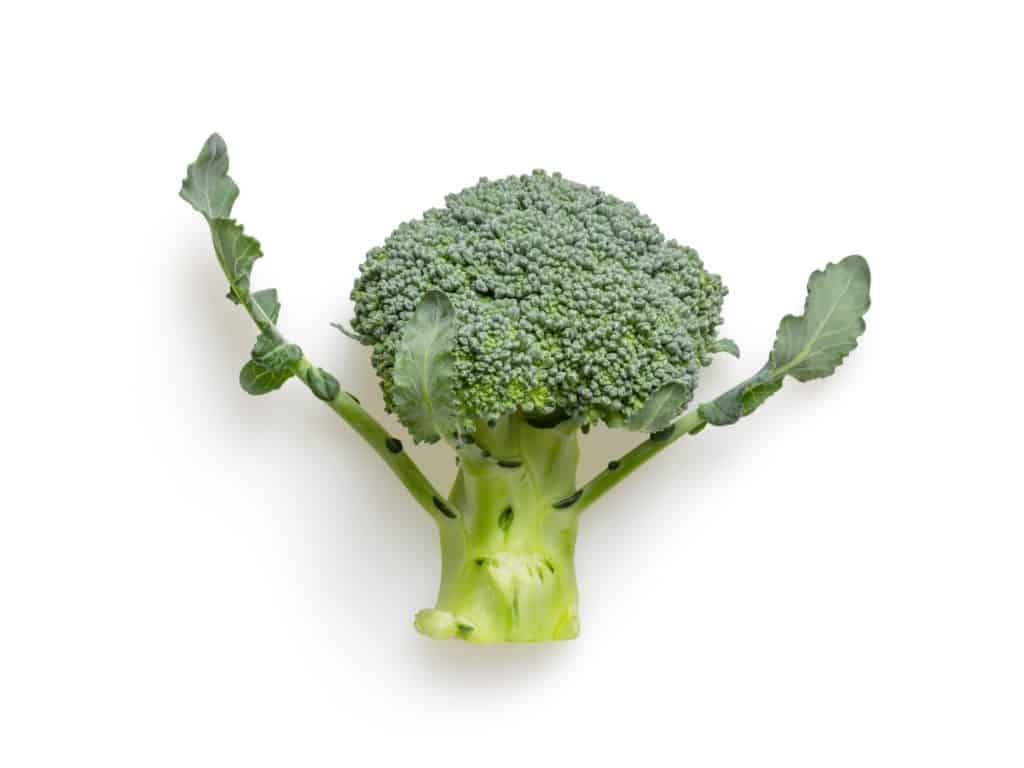 Our body has a sophisticated system that kicks in when the body is overwhelmed by toxins and oxidative stress. A molecule called Nf-kappaB (Nf-kB) initiates an upregulation of the inflammatory response and inflammatory cytokine release This inflammatory process is necessary in acute situations, but the problem arises when this process is consistently upregulated, and the body is persistently inflamed, increasing chronic disease risk. With my patients, I really emphasise the importance of including cruciferous vegetables in the diet, and often supplement patients with isothiocyanate compounds, particularly in patients suffering hormone imbalances, or cancer.

The isothiocyanates in broccoli, including sulforaphane and glucobrassicin, the latter of which yields indole-3-carbinol, can significantly suppress this inflammatory response and inactivate the Nf-kB pathway and support liver phase 2 detoxification.

A rich source of fibre, broccoli contains glucosinolates, which support microbiome health and help to inhibit the colonisation of Helicobacter pylori. It also contains numerous compounds which support eye health, including lutein and seaman thin, which is more important these days since most people are glued to their phones and laptops all day. 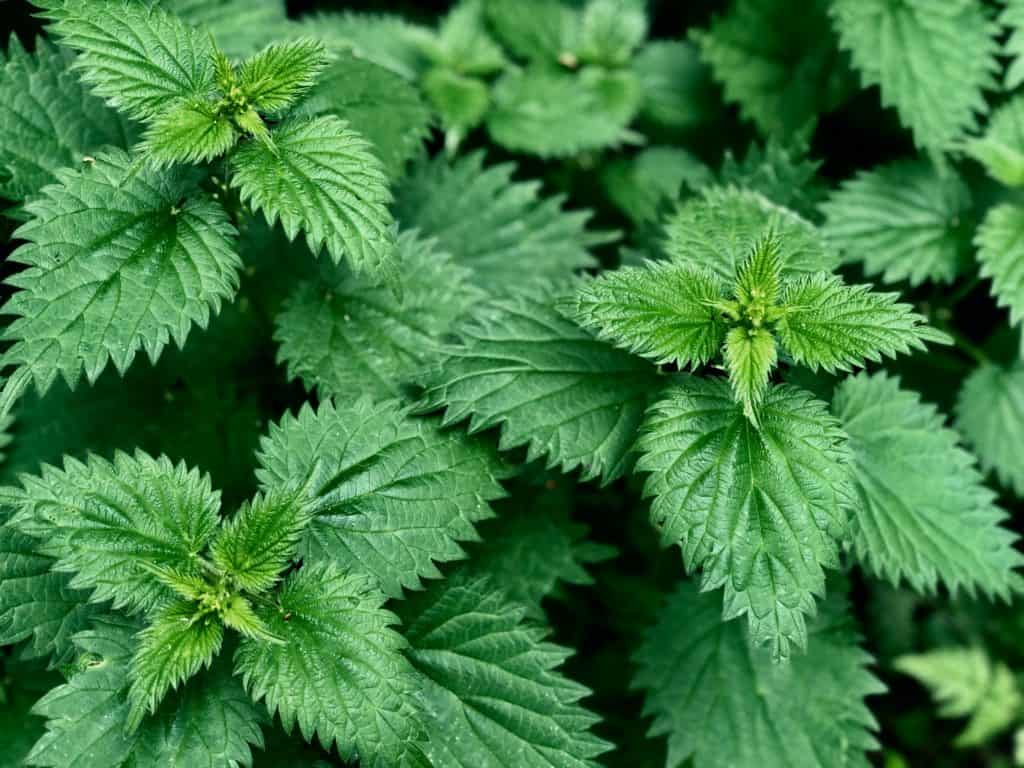 Omnipresent in traditional tales and folklore history, Nettle (Urtica dioica) was used by the Anglo-Saxons to counter poisons, and Roman soldiers brought nettle to Britain and used it to rub on the skin to stimulate circulation. It’s traditionally used for nervous eczema, urticaria and hay fever. It’s astringent, diuretic, kidney and bladder tonic. Highly nutritive, it’s high in iron, calcium, magnesium, potassium, B vitamins, carotenoids, vitamin C and protein. Nettle leaves also contain linalool, which blocks glutamate activity and enhances serotonin activity. I use it to make nettle pesto, in a superfood green powder to add to my smoothies, and in a tea blend. 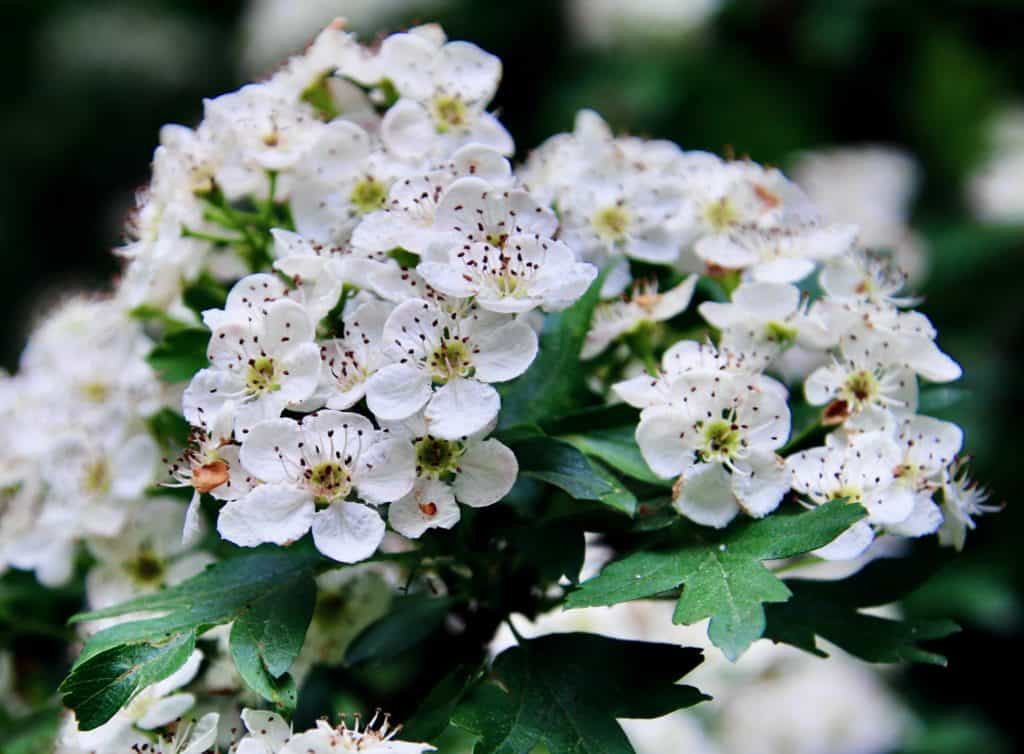 Also known as May Flower, hawthorn (Crataegus spp.) is one of my favourite cardiovascular tonics, it helps to normalise blood pressure and increase coronary blood flow, protecting from myocardial damage.  Hawthorn contains oligomeric procyanidins, which are antioxidant and improve coronary circulation. The flavonoids relax and dilate arteries, and rutin particularly supports the integrity of blood vessels and capillaries. The anthocyanidins and vitamin C help to support connective tissue.

Hawthorn starts to flower in early May, the berries come later. The leaf buds are traditionally eaten in salads, and I use the flowers and leaves to make hawthorn vinegar for salads and steamed vegetables. 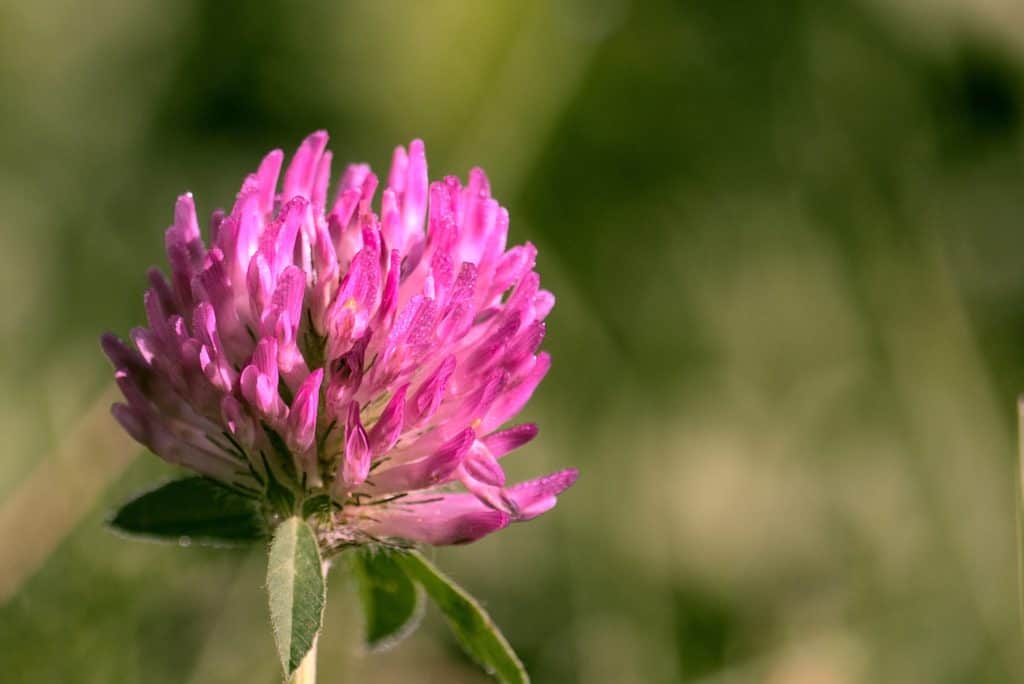 Traditionally used as a blood cleanser (alternative) and for chronic skin conditions such as eczema, psoriasis or acne, red clover (Trifolium pratense) is also considered a key herb for women to use during menopause because of its phytoestrogens properties and mineral content, which support bone and cardiovascular heath, as well as endocrine health. Red clover contains anti-allergic flavonoids quercetin and kaempferol, which have also been shown to have anti-proliferative activity, so this plant is often used in cancer protocols.

Red clover also contains phytoestrogenic isoflavones such as formononetin, which can be converted to daidzein, as well as feinstein and galactoside, which can help to improve blood lipid profile and reduce inflammatory oedema. I use red clover in teas and topical creams for skin conditions. 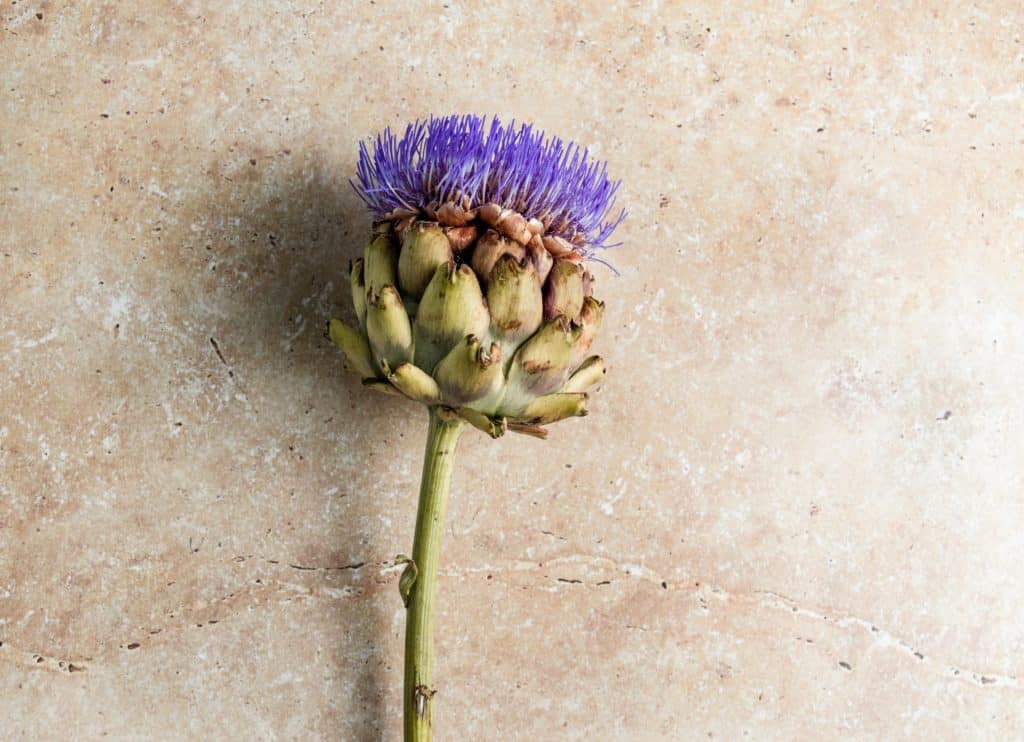 Artichoke is a highly nutritive plant that strongly supports liver detoxification pathways, bile production and bile flow. It is considered a bitter due to the cynaropicrin present in the plant and contains inulin, a prebiotic fibre that helps to selectively feed beneficial bacteria and shift the microbiome to a healthier balance.

Artichoke also contains numerous phytoconstituents including caffeic acid derivatives, sesquiterpene lactones, flavonoids, and volatile oils, which have hypolipidaemic, hypoglycaemic, and hepatoprotective effects. The sesquiterpene lactones present (cynaropicrin and grosheimol) have demonstrated anti-tumorigenic effects and have been even shown to inhibit hepatitis C infection.

I use artichoke primary in herbal tincture formulations (the tea is very bitter!), to make artichoke dip and in (gluten-free) pasta sauces.

Other May Seasonal Stars 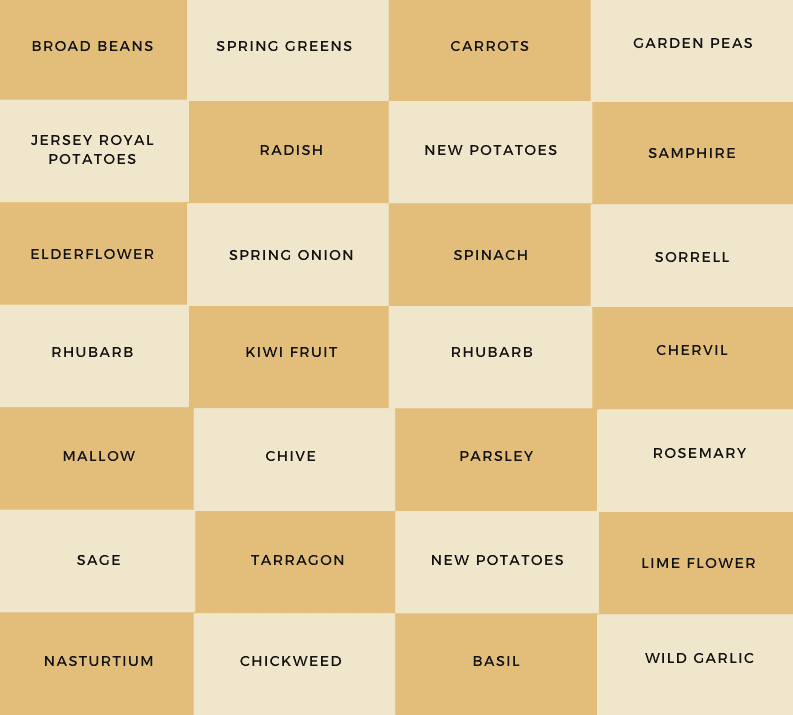